Besides all other tourist attractions exhibited by Uganda, there are the Gorillas. Gorillas are one of the rarest large endangered mammal species in the world, their small and fragile population is found in the remarkable regions in Africa. They are only found in Rwanda, Uganda and DRC, Uganda as a country is lucky to be one of the homes to the last remaining Gorillas in the world Bwindi impenetrable and Mugahinga still make Uganda an out-standing gorilla safari destination in the whole of East Africa. Gorillas are divided into categories and species, categories include, wild gorillas, research gorillas and the tourist gorillas. Wild gorillas essentially have no human contact, research gorillas are approached and observed strictly for research purpose and the research gorillas are habituated to tolerate short visits by people to generate income for conservation and community development. The species include the Eastern gorilla (gorilla beringei) and the western gorillas(Gorilla gorilla).

The Gorilla population has become reasonably stable over the past few years, this has been made successful through many family groups in which they grow from their young age. The female gorilla gives birth to only one in a period of 4 to 6 years, the baby Gorilla depends on its mother for about three years, two months it crawls and 4 months ride on its mother’s back. The male matures around the age of 10 to 12 and at that time the hair on their back turns to silver hence being called silver backs. The silver back is head of the family and guards it from unwanted intruders and the females care for the infants.  A newly born Gorilla weighs 1.4 to 2 kgs, a female gorilla weighs 154-265 pounds and a male weighs 353 pounds though can go up to 500 pounds.

Gorillas roam throughout their forests and cover ranges as large as 40 square kilometers (15 miles), they do this due to need of large amounts of vegetation. The constant movement of the gorillas in search for food allows vegetation to regenerate in their absence. During their roaming they build their nests for sleeping at night using leaves and other plant materials, researchers have taken this opportunity to estimate the size and age structure of the group by how many nests are constructed and the sizes of the feces by the nest. Gorillas live in small troops or bands; they can live for around 35 years when in the wild but can live longer while in captivity.

Gorillas are like any other, animals, prepare food before eating, bitter backs or roots are often stripped off, they eat up to 70 kinds of plants and 200 different kinds of vegetation like celery, leaves, herbs, thistles, roots, bamboo and many others. One can best enjoy watching the gorillas feed while on a gorilla habituation safari in Uganda any time of the year. Gorillas also eat termites and ants to supplement their diet, adults consume up to 20 kgs of vegetation in a day and the silver backs consume 35 kgs.

Regarding communication, Gorillas use at least 25 recognized vocalization including grunts, roams and growls, in this way they are able to understand each other. The young Gorillas are playful and spend much of their time climbing trees, as they grow older, they spend more time eating. Gorillas also spend 30% of their time eating, 40% sleeping and 30% travelling.

Its better to promote conservation of the Gorillas to avoid extinction of one of the most endangered species in the world, these Gorillas often exhibit various posses that appear comical and some times they seem to mimic human behavior, they share many characteristics with humans including a high degree of intelligence, complex social behavior, strong emotional bonds and well developed senses. All these give a reason for protecting the gorillas from various threats like hunting for sport and poaching.

Just as the human being have different finger prints, same to the gorillas with unique nose prints as well.

To book a gorilla safari in Uganda, send us an email at info@ugandacarrentalservices.com or call our office directly at 0700135510 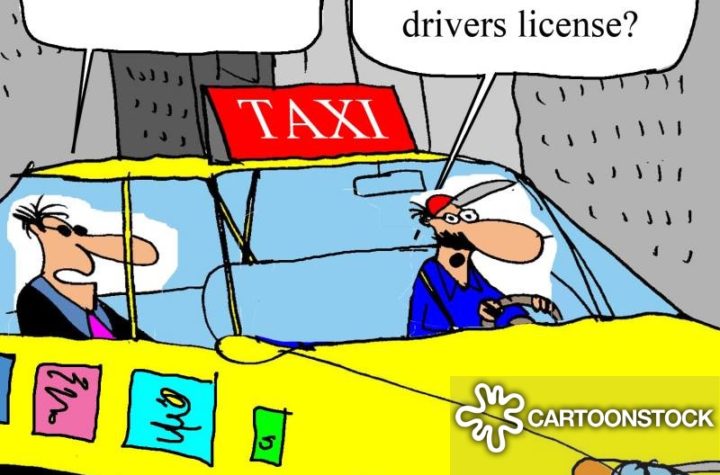 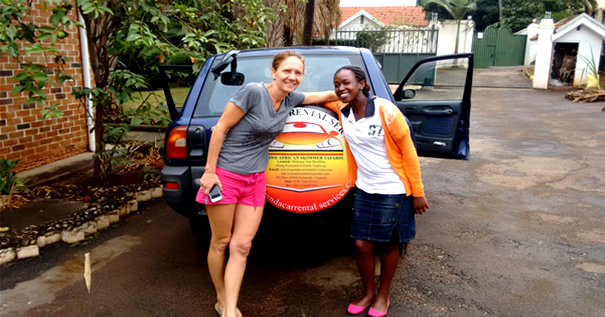 How to Get a Budget Car Rental Deal In Uganda 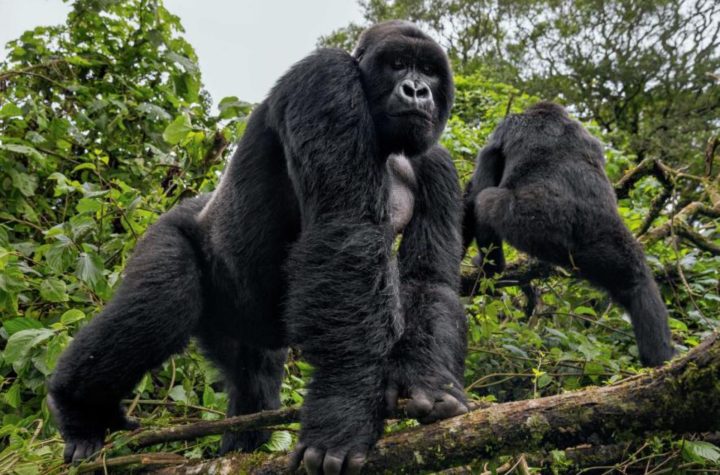